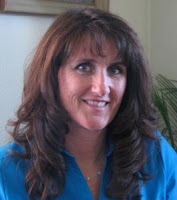 You can fill out a questionnaire about your character and list answers to the questions. However, this is a simplified approach and will probably not result in a complex understanding of your character.

Dig deeper to understand why your character would react a certain way in a specific situation. How would your character react to being locked in a closet? Would he freak out? Would he sit back and catch up on some sleep? Would he try to figure out how to get out and keep working at it until he escaped? Would he scream until someone came to let him out?

Each of the above situations would depend on the character’s backstory. Perhaps, as a young child he nearly suffocated under a pile of blankets and since then he’s been afraid of small enclosures. He fears that a small enclosure will mean certain death so he freaks out whenever he’s in a small place.

Maybe he’s so calm and relaxed that he’d sit back and sleep in locked closet. Maybe he faced a previous situation and decided then and there to never worry or stress out in any situation. He feels sure things will always work out for the best.

Maybe your character is extremely curious and always took things apart as a kid to figure out how they worked. Maybe he’s certain he can get out of any situation just by using his brain–he’s learned to depend on his smarts to get him out of all situations.

Or, maybe he’s a big crybaby because he was always picked on as a kid and now he thinks he’s a victim in all circumstances. He feels like his only defense is to depend on someone else to help him. He doesn’t look to himself to solve his problems, but rather looks to everyone else.

Knowing the backstory of your character will help you to understand how and why he’ll react to the situations you create in your plot. Characters must have realistic motivations and the best way to achieve that is to know and understand their backstories.

What are some ways to create a backstory? Read Part 2 tomorrow.


Rebecca Talley grew up in Santa Barbara, CA. She now lives in rural CO on a small ranch with a dog, a spoiled horse, too many cats, and a herd of goats. She and her husband, Del, are the proud parents of ten multi-talented and wildly-creative children. Rebecca is the author of a children's picture book "Grasshopper Pie" (WindRiver 2003), three novels, "Heaven Scent" (CFI 2008), "Altared Plans" (CFI 2009), and "The Upside of Down" (CFI 2011), and numerous magazine stories and articles. You can visit her blog at www.rebeccatalleywrites.blogspot.com.
Posted by LDS_Publisher at 7:00 AM